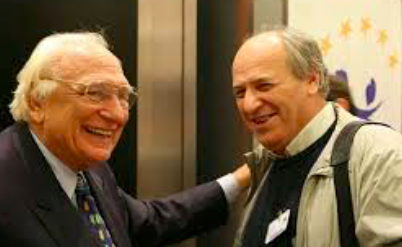 Since around 2009, in countries such as Austria, Dubai, Germany and Turkey Chechens are being reached and killed, and they are all asylum seekers who run away from the torture regime of Kadyrov and to whom are often refused asylum. There have been half a dozen prominent Chechen killed in Istanbul over the past decade, with Turkish authorities believing Russian security services are involved. The majority of recent Chechen arrivals in Europe (Germany, Poland and other EU countries) have had nothing to do with the previous phase that covered two wars of independence, and are instead those who have fled threats and torture.

In 2000 the Radical Party risked expulsion from the United Nations for allowing the floor to the representative of the Chechen government at the UN at that time, Mr Idigov. It was the position on the second Chechen war that attracted the attention of the Russian Federation towards the Radical Party. It has continued over the years with the arrival in Italy in 2007 of the former Minister of Health in the last government of Chechnya legally elected in 1997 and leader of the Party since 2000, Umar Khanbiev. In Italy, he obtained the measure of humanitarian protection but he had been refused political asylum. Khanbiev returned to Chechnya in 2009 and died of cancer in 2014.