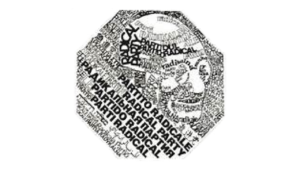 The Nonviolent Radical Party was founded in 1955 by representatives of the Liberal Party and the
“Amici del Mondo” of Mario Pannunzio. In 1963, following an internal crisis, the Party evolved
under the leadership of its liberal left wing headed by Marco Pannella. In 1967, during its III
Congress (held in Bologna), a new Statute was approved, sanctioning the Party’s federal structure,
with direct individual adhesion without any provisions of Party discipline for it members, and based
on transparent self-financing through its members.
Up until 1988, the Party participated in national and European elections, but during that year’s
Congress, the transformation into a transnational political organization was completed according to
the idea of an “instrument of political organization, beyond and across national borders, open to
the membership and participation of all including those belonging to different parties”. As a result,
it was decided that “the Radical Party as such does not participate in any national elections”.
At the 1989 Congress (Budapest) the official name of the Party becomes “Transnational Radical
Party”.
In 1995, it obtains the Category I Consultative Status at the UN ECOSOC, and goes on to conduct
campaigns to promote and defend civil and political rights around the world, contributing
significantly to the creation of the International Criminal Court for crimes against humanity, and to
the adoption of the UN General Assembly’s Resolution for a Universal Moratorium on the Death
Penalty.
In 2007, its official name becomes “Nonviolent Radical Party Transnational Transparty”.
It’s defining adjectives are:
GHANDIAN-NONVIOLENT
TRANSNATIONAL
TRANSPARTY
DEMOCRATIC
ENVIRONMENTALIST
DEMOCRATIC FEDERALIST
SECULAR
EUROPEAN FEDERALIST
LIBERAL DEMOCRATIC
LIBERAL SOCIALIST
ANTIPROHIBITIONIST
ANTI-CLERICAL
ANTI-MILITARIST
LIBERTARIAN
ANTI-AUTHORITARIAN
ANTI-PARTYCRACY
ESPERANTIST