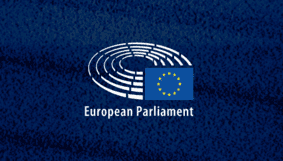 On Thursday, European Parliament approved by 597 votes in favour, 17 against and 61 abstentions a resolution on the crackdown on the democratic opposition in Hong Kong.

The resolution calls for the immediate and unconditional release of representatives of the democratic opposition and activists arrested in Hong Kong in the first two weeks of 2021, as well as all those previously detained on charges of subversion under the National Security Law for Hong Kong, included the prominent opposition figures Joshua Wong, Ivan Lam, and Agnes Chow. Parliament regrets that “the recent decision to reach a political conclusion of the EU-China Comprehensive Agreement on Investment did not reflect Parliament’s requests to use investment negotiations as a leverage tool to preserve Hong Kong’s high degree of autonomy. By rushing to reach this agreement and not taking concrete action against the serious and ongoing human rights violations, the EU risks undermining its credibility as a global human rights actor”.