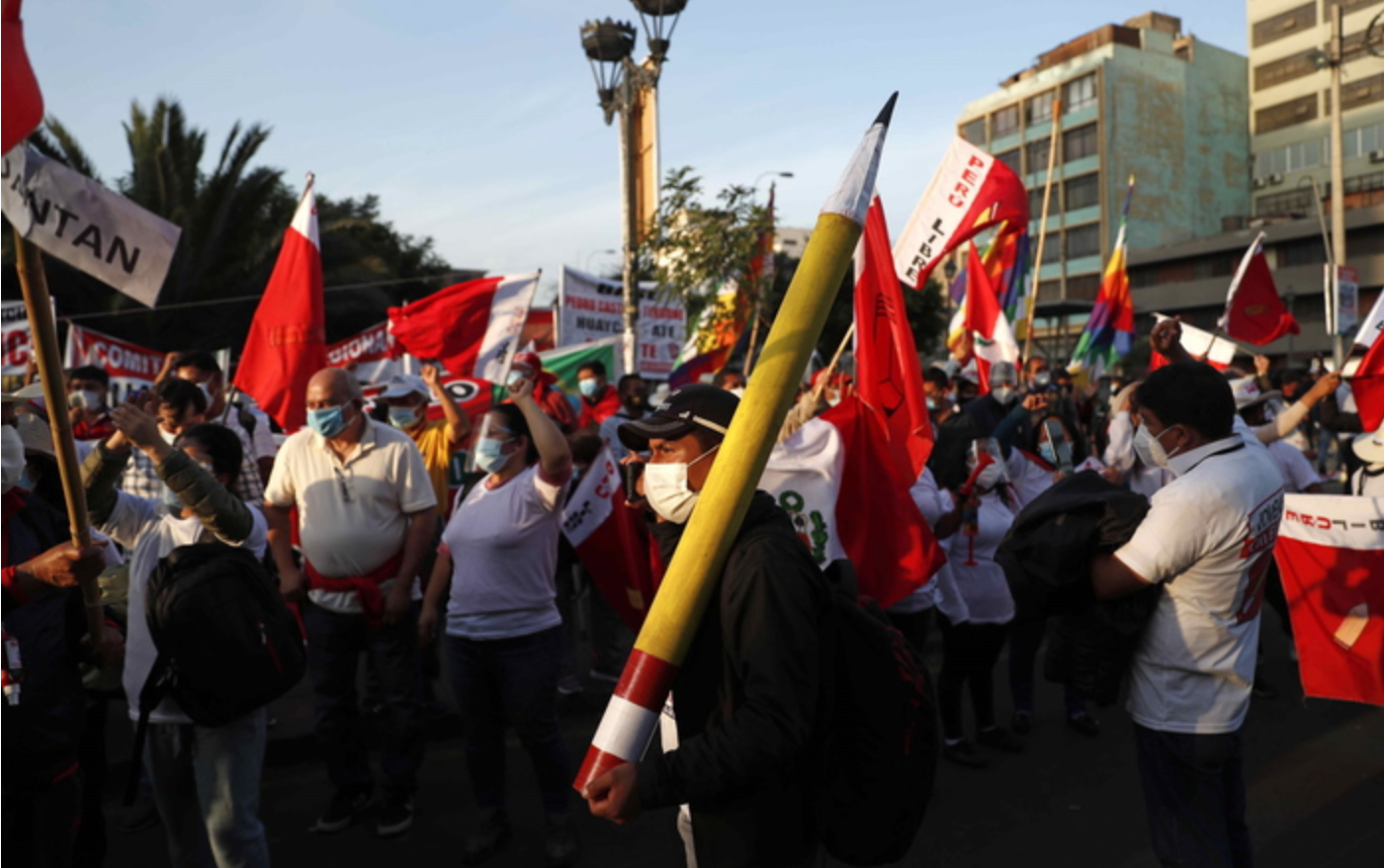 Frontex: surge of migrants in the central Mediterranean

According to data provided by Frontex, migration flows in the central Mediterranean have increased by 151% in the first part of the year. One of the most important figures concerns illegal border crossings, which increased by 47% compared to 2020. In total, the number of migrants arriving in the EU in May was around 4,200, mainly from Tunisia and Bangladesh.

Prime Minister Sanchez’s anticipations were confirmed as the Spanish Council of Ministers approved proposals for a partial pardon for Catalan separatist leaders. The nine had been sentenced following the attempted secession in 2017.

It has been described as “shameful” by the Mayor of Munich, Dieter Reiter, the decision taken by UEFA not to allow the lighting of the city’s stadium in rainbow colours. The response will be to decorate the city’s buildings in rainbow colours for the European Championship match against Hungary.

The Vatican is against the Zan bill that “violates the Concordat”. The objective, it says, “is not to block but to remodel” the bill. In fact, the Holy See has “informally” asked the Italian government to modify the bill against homophobia. Letta: “Ready for dialogue on the snags”. Ostellari: ‘Let us sit down for discussion’. Draghi’s reply: ‘Italy is a secular State, the Chambers are free to discuss’.

Following the decision taken by the EU, the USA, Canada and Great Britain to approve economic sanctions against Belarus, the Belarusian Foreign Ministry has issued a strong statement condemning the sanctions as damaging to the interests of its citizens and warning of a possible economic war. The justification for this, according to Minsk, lies in the state’s commitment to protect its citizens and economic actors.

Bulgaria’s centre-right EPP group has confirmed its support for former Bulgarian Prime Minister Boyko Borissov ahead of the 11 July elections, despite numerous corruption scandals uncovered by the interim government. Manfred Weber, leader of the EPP in the European Parliament, said by videoconference that he supported Borissov’s GERB party, which was ostracised by all other political forces in the 4th of April elections.

Pressure for EU enlargement towards the Balkans

The next president of the EU Council, and current foreign minister, criticised the “inaction” of the EU institutions regarding enlargement towards the Balkans, indicating a new political line. Indeed, Anže Logar calls on the EU to implement a strategy aimed at tackling the obstacles to enlargement as soon as possible. “In recent years, the EU’s strategy towards the Western Balkans has been a wait-and-see approach. The EU has not been too active in the region with respect to the stalled reforms and in the last decade the topic of enlargement has fallen off the EU agenda,” he said.

AFRICA AND THE MEDITERRANEAN

Together with the EU towards the stabilisation of the country

In the latest document, to be reviewed by the General Affairs Council, the European Union confirmed its commitment to the stabilisation of Libya, together with the support of the United Nations.

The return of former President Gbagbo

After ten years, former President Laurent Gbagbo was able to return to the country. His return was made possible after the International Criminal Court acquitted him of charges of crimes against humanity. On his arrival at Abidjan airport, the police were forced to disperse a small group of supporters.

The death of Boko Haram leader, Abubakar Shekau, has also been officially confirmed by the jihadist group. The incident allegedly occurred during a clash with the rival Iswap group. The news was published by the newspaper Le Monde following the announcement made by the Nigerian branch of Isis.

Netanyahu to leave official residence no earlier than 10 July

Benjamin Netanyahu, in a joint statement with the newly elected Bennett, said that he will leave his official residence on Balfour Street on 10 July, stressing that until then there can be no official events at the venue. Bennett will therefore be able to take up residence a full four weeks after being officially sworn in. The result was achieved after lengthy negotiations between the parties and not a little controversy.

Immediately after announcing that major anti-Covid restrictions would be lifted in July, Prime Minister Erdogan declared his intention to impose midnight closures of concert halls and a ban on music in clubs. Controversy has erupted among major social platforms, where it is alleged that the anti-Covid restrictions are being used to curb behaviour frowned upon by the executive. The protests join those of the business community concerned about possible restrictions on alcohol sales.

During a night-time reconnaissance by special agents, a clash took place that led to the death of three people in the region of Kashmir. The three were already in the sights of the special forces, as they were part of the Lashkar-e-Taiba terrorist group. In particular, one of the three had been wanted for some time as he was a high commander within the group.

Great abstention for the presidential elections in tehran

On election day, 74% of the Iranian electorate did not turn out to vote. The victory of the ultra-conservative Raisi also saw the exclusion of all of his reformist and conservative rivals.

Raisi together with the USA towards nuclear power

The newly elected President Raisi called on the US to return to the nuclear deal. During his first press conference, the Iranian president reiterated the national line on the nuclear issue, stating his willingness to support any negotiation that can guarantee the protection of national interests.

According to an initial poll, Prime Minister Nikol Pashinyan is seen as the winner of the early elections held in the country. Pashinyan’s advantage over his opponent and former president Robert Kocharyan seems to be consolidated, but Kocharyan himself has denounced fraud and threatens not to recognise the election results.

For 2021, Chinese brands have seen a considerable increase in their presence, raising the number of companies on the top 100 Most Valuable Global Brands (BrandZ) list to 18. Among the most noteworthy present is TikTok, whose value increased by 158%, a result surpassed only by Tesla. The BrandZ campaign is based on data from nearly 4 million surveys, covering more than 18,500 brands.

New sanctions coming from the US on Russia

On 20 June, only four days after the Biden-Putin summit, the White House announced new sanctions against Russia in connection with the Navalny case. The sanctions will affect in particular the companies involved in the construction of Nord Stream 2. US National Security Advisor Jake Sullivan added that they will be introduced when the White House “develops an appropriate package to counter the right targets”.

On Friday, Afghan President Ashraf Ghani and High Council for National Reconciliation Chairman Abdullah Abdullah will meet with Joe Biden. “The United States is committed to supporting the country by providing diplomatic, economic, and humanitarian assistance in support of the Afghan people, including women, girls, and minorities,” reads a note from the US presidency. The goal is to ensure that Afghanistan is not a safe haven for terrorists and this, according to the US, can only be achieved through peace building.

Street demonstrations took place in Lima by supporters of Pedro Castillo and Keiko Fujimori, the two candidates in the 6th of  June presidential run-off whose result has not been made official by the National Electoral Tribunal. The call for demonstrations by the left-wing Peru Libre and right-wing Fuerza popolar parties was also heard in other Peruvian cities. José Elice, minister of the interior, said that ‘it is understandable’ that in the uncertainty of the election results people have the desire to express themselves’.

First session of the constituent assembly

The first session of the Constitutional Convention, which emerged from the vote of 15 and 16 May, will be held on Sunday, 4 July. This has been announced by Chilean President Sebastián Piñera. The constituent assembly must, within a period of ‘nine months, which can be extended by a further three months, draw up and approve a new draft constitution for Chile, which must be ratified by the people through a referendum’. The President said: ‘This Constitutional Convention is undoubtedly a great opportunity to reach broad and solid agreements that will allow for the creation of a new Constitution, a text that will be recognised and respected by all Chileans and will constitute a great framework of unity, stability, projection towards the future, for our democracy and our society’. The Constituent Assembly was the result of the referendum, held in October 2020, born out of the many popular demonstrations and protests in 2019 and early 2020.

Possible agreement between government and opposition

Caracas, President Maduro: “we go towards an agreement with the opposition”. The Venezuelan head of state recalled that the negotiations are taking place with the observation of a Norwegian delegation and “with the participation and observation of other friendly countries in the world”. Maduro assured that the guarantees for the local elections scheduled for the end of the year “will be extended on the basis of the negotiations that are taking place with all the components of the opposition” and added that “this is not being done because the US government has requested it but because it is a constitutional obligation”.