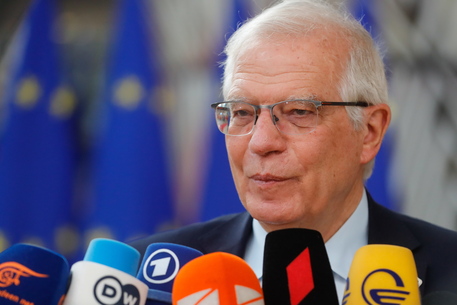 Borrell: in Mariupol EU office hit by Russian bombs, damages but no injuries

European Union High Representative Joseph Borrell announced that “ the field office of the EU Advisory Mission in Ukraine was recently hit by Russian bombing, suffering serious damage. No mission member or staff member was injured”. Borrell also expressed a “strong condemnation” of the attack and “any attack against civilians and civilian infrastructure”.

Draghi: increase in military expenditure as per NATO agreements

After the meeting with Sergio Mattarella, Draghi obtains the support of the Quirinale on the increase of military expenditure to 2% of GDP as provided for by the agreements with NATO. The Prime Minister is therefore preparing to ask for a vote of confidence on the Ukraine bill in the Senate and has specified that failure to meet this commitment would collapse the pact on which the government majority is based.

Dominic Raab, Britain’s deputy prime minister, was rather cautious about the possibility of the UK becoming a guarantor of neutrality and thus security for Ukraine – along the lines of NATO’s Article 5 – as part of a peace deal between Kiev and Moscow. “It would depend on what exactly it entails. We have been very clear that we do not want to engage in a direct military confrontation with Russia”. Raab also underscored his government’s skepticism of the Kremlin’s announced reduction in military engagement on the ground and said that British sanctions against Moscow would remain in place until Russian troops were withdrawn from Ukraine.

Maxi-trail, the terrorist Salah Abdeslam decides not to answer

Salah Abdeslam, the only survivor of the commando active in Paris during the 2015 attacks, on the occasion of the last interrogation in court, decided to use the faculty of not answering. The reason, as he himself stated to the president of the court jean-Louis Périès, would previously have been called a “provocateur”.

Macron asks Putin for a truce in Mariupol

With the aim of enabling the humanitarian operation, French President Emmanuel Macron asked his Russian counterpart Vladimir Putin to stop attacks on the city of Mariupol.

During his last speech in Parliament, the Spanish Prime Minister Pedro Sanchez reported on the current situation of the country, on the last NATO summit and on other issues. In particular, with regard to the issue of inflation, despite the negative data, he pointed out that a reversal of the trend is possible. In order to cushion the impact of the war, however, he invited the whole Parliament to unity in order to do everything possible to deal with a situation that could “endanger the welfare of the country”.

Emergency plan activated in preparation for the gas shortage

The German government has activated the preventive alert to prepare the country in case Russia decides to cut gas exports. This was announced by the Minister of Economy and Climate Robert Habeck in a press conference during which he also asked citizens and businesses to moderate their consumption. The emergency plan consists of three stages of early warning and only the first of these has been activated, which provides for the creation of a crisis unit to monitor the level of gas supplies

Iryna Vereshcuk, Ukrainian deputy premier, during a press conference on humanitarian corridors asked that “the UN Security Council take immediate measures to demilitarize the Chernobyl exclusion zone and introduce a special mission there to eliminate the risk of a repeat nuclear catastrophe”. Vereshcuk said that there is a danger of munitions exploding in the Chernobyl nuclear power plant and that Russian troops must immediately withdraw from the plant area.

Poland has decided that it will not wait for the rest of Europe to give up Russian coal, but will proceed on this line on its own, despite the fact that there have been requests from experts who consider a joint action with the EU instead.

The reaction of the Israeli Prime Minister, Naftali Bennet, following last week’s attacks in Hadera and Beersheva attributed to Isis affiliates, was not long in coming. The premier, in addition to having strengthened the presence of security forces on the territory and having allowed military personnel on leave to carry their service weapons, has also made it clear that persons deemed dangerous to public order will be subject to administrative arrest. Control over social networks will also be strengthened to prevent future attacks.

Following clashes in the Hol prison camp, where US and Kurdish forces are keeping tens of thousands of family members of former Isis militiamen massed, the National Observatory for Human Rights in Syria reports the death of a woman and a child, while 10 other people including women and children were injured. According to rumors, Isis members and Kurdish forces backed by US air support took part in the clashes.

Meeting between Varhelyi and Saied, European Union and Tunisia are getting closer

On March 29, the European Commissioner for Neighborhood and Enlargement, Oliver Varhelyi, visited the Tunisian Prime Minister Kais Saied. In the meeting between the two, the importance of the strategic partnership between Tunisia and the EU was reaffirmed and the strong will continue to develop and diversify it. Varhelyi, in particular, said he was ready to mobilize about 4 billion euros to accelerate economic and social development in Tunisia. The Commissioner then announced the participation of Tunis in the Horizon Europe program, in addition to the already existing Erasmus+ and Creative Europe.

Kremlin: expanding list of good paid for in rubles is not ruled out

The Kremlin, as reported by Tass, says that the idea of expanding the list of goods exported by Russia in rubles may be considered. Duma spokesman Vyacheslav Volodin indicated that crude wheat, among others, could be included in the proposal.

Sergei Lavrov, Russian Foreign Minister and his Chinese counterpart Wang Yi have agreed to “strengthen bilateral foreign policy coordination” and “expand bilateral and multilateral contacts”. This was reported by the Russian Foreign Ministry in a statement after the two met in China where it added that the two countries “continue to speak with one voice in global affairs”.

Following the March 30 meeting in Tunxi between Chinese Foreign Minister Wang Yi and his Russian counterpart Serghei Lavrov, the desire for Sino_Russian cooperation without any limits has emerged. China “is opposed to any form of hegemony” said the spokesman of the Beijing Foreign Ministry, reassuring that bilateral relations between the two countries are not conflictual and are not aimed at third parties.

The likelihood of Russia using nuclear weapons “is becoming more real”. This is what Japanese Premier Kishida claimed during a meeting in Hiroshima with US Ambassador to Japan Rahm Emanuel, who states: “the horrors of nuclear weapons must never be repeated. We live in unprecedented times when Russia is threatening the use of nuclear weapons, something that was once unthinkable, even unspeakable”. He added that “the history of Hiroshima teaches us that it is unreasonable for any nation to make such a threat”.

Women will only be allowed to travel by plane if accompanied by a male relative. This is the order of the Taliban to the Afghan airlines, after a meeting between the parties, which imposes a ban on women boarding alone. The decision follows the closure, last Wednesday, of all girl’s secondary schools.

According to a report by Tass, White House communications director Kate Bedingfield said that a meeting between Putin and Biden will be possible only after a significant de-escalation in Ukraine. “Biden has said he would be willing to meet with President Putin again or talk to him”, she said. “The president has been very clear that there needs to be tangible de-escalation from Russia and a clear, real commitment to a diplomatic solution. 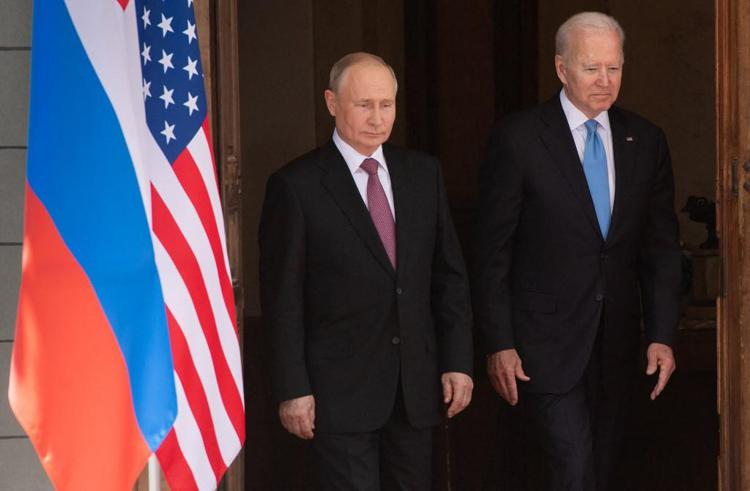 Ukraine: US, Russia blockade ships with food in the Black Sea

According to Ukrinform, U.S. First Deputy Secretary of State Wendy Sherman told reporters that the Russians are blockading 94 civilian food ships in the Black Sea region, and have bombed three ships carrying goods to the entire world. About 30 percent of the world’s wheat exports come from the Black Sea region, but many exporters have given up sending their ships. “The Russian Navy is blocking access to Ukrainian ports, which effectively blocks wheat exports”, Sherman said.

To cope with the wave of gang violence, El Salvador has adopted a state of emergency with the approval of Parliament. The decree, approved by a large majority, proclaims “serious disturbances to public order by criminal groups”. The decision follows the 62 murders recorded only yesterday, linked to settling of scores between rival gangs. In recent hours, the police and the army have arrested several leaders of the Mara Salvatrucha (MS-13) gang. Salvadoran police: “we will not back down”.

Following the rain of criticism that has fallen on the government due to rising oil prices, Brazilian President Bolsonaro has fired the CEO of state-owned oil mega-group Petrobras, Joaquim Silva e Luna. The decision came after strong protests against the company over price increases. The dismissal was confirmed by the Ministry of Energy, which proposed economist Adriano Pires to replace Silva e Luna at the helm of Petrobras.