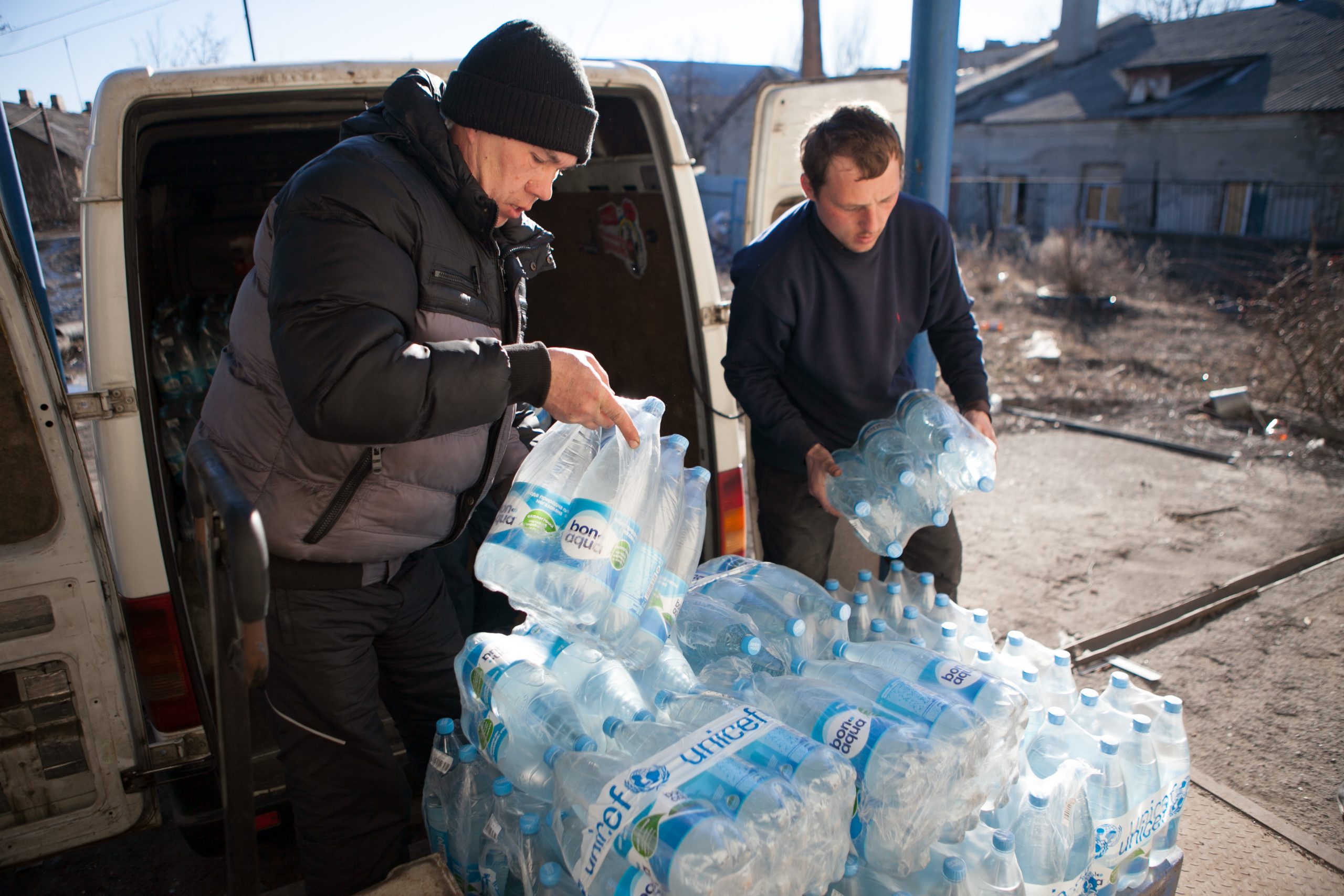 On Wednesday, European Commission President Ursula von der Leyen announced that Italy has received the first payment from the Next Generation EU. This is a first installment of 21 billion euros out of an expected total of 191 billion euros.

91 thousand refugees from Ukraine, 4 regions under pressure Since the beginning of the war more than 91 thousand Ukrainians have arrived in Italy, half of whom are women and almost 34 thousand are children. Four regions are une pressure, namely Emilia-Romagna, Lombardy, Lazio and Campania. The Head of the Civil Protection Fabrizio Curcio hypothesizes the need for redistribution should the numbers increase further.

Partygate: fines to Johnson and Sunak by Scotland Yard The consequences related to the so-called partygate continue. Fines for violation of Covid rules are coming from Scotland Yard also for British Prime Minister Boris Johnson and the Chancellor of the Exchequer, Rishi Sunak, his super minister of economy. This is what the BBC reports, causing tensions in the Tory government.

Presidential: Macron ahead of Le Pen, Mélenchon third Macron at 28.4% against Le Pen’s 23.4% in the first round of the French presidential election, but nothing is decided yet. Everything will be decided in the April 24 runoff. “You can count on me,” these are the words of Emmanuel Macron, launching an appeal to compatriots of all political colors to stop the advance of the far right. The first polls towards April 24 seem to reward the president: according to an Ipsos Sopra Steria study for Le Parisien, he would be reconfirmed at the Elysée with 54% of voting intentions.

President of the Federal Republic of Germany Frank-Walter Steinmeier has canceled his trip to Kiev after Ukrainian authorities refused to welcome him, reporting that he is “not welcome in the country because of his alleged ties to the Kremlin”.

On NATO membership is decided “within a few weeks”

On Wednesday, Premier Sanna Marin announced that the country will make a decision on its application for NATO membership in the coming weeks. Marin highlighted how much the security outlook has changed since Russia’s invasion of Ukraine, and in all of this, Sweden may also follow. From Russia, in response, men and military assets have been sent to the border with Finland.

Six Weeks of conflict have destroyed the national water network: 1.4 million people without access too water in eastern Ukraine and another 4.6 million people throughout the country at risk of losing their water supply. This is what reported by Unicef, which also recalls that in Mariupol civilians are using non-potable water sources. Unicef underlines the urgency of restoring access to water in the country.

Government at risk if it sends arms to Ukraine

The Bulgarian Socialist Party (BSP) has indicated that it will break away from the governing coalition if Parliament decides to send arms to Ukraine. The BSP’s step back would result in the loss of a parliamentary majority and risk bringing down the executive at a time of serious geopolitical crisis.

Polls: Poles see a future in the EU and NATO for Ukraine

95% of Poles think that Ukraine should join the EU and NATO. Of these, 45% believe that accession to both should take place as soon as possible. This is according to a poll published on Wednesday commissioned by the NGO Free Press for Eastern Europe and conducted by the polling agency Kantar Public. Ninety-five percent of respondents said they could not justify Russia’s invasion of Ukraine while 40 percent fear potential aggression by Putin against Poland if Ukraine loses the war.

Ready a plan to counter migration

“We have put in place a good plan to counter illegal migration in coordination with the Stability Support Agency. We have also purchased 10 Navy boats to follow up on the fight against migration and fuel smuggling”. This was stated by the Libyan Member of Parliament, Ali Mohamed Buzriba, brother of the Minister of the Interior in the executive of Fathi Bashagha, in an interview published in the Francophone monthly magazine L’Observatoire Economique. “In this way – adds Buzriba – we continue to strengthen and protect our maritime borders, preventing the phenomenon of illegal immigration”.

More than a thousand people in the square against President Saied

More than a thousand people took up the protest call promoted by the Islamic party Ennhadha and the collective “Citizens against the coup” against the measures taken by President Saied. The objective of the participants was to demonstrate against the president’s decision to dissolve Parliament and to defend democracy and the Constitution. On the banners of those present slogans such as “no democracy without legislative power” and “down with the coup” and demands such as the dismissal of President Saied and the reopening of Parliament.

Sanctions imposed by the country on 24 U.S. officials for violating human rights and supporting terrorism and Israeli “repressive moves” in the region and against the Palestinians. This was announced by the Tehran Foreign Ministry according to the news agency Isna. Also protagonists of the measures are the former Chief of Staff of the Army George Casey,, the lawyer of former President Donald Trump Rudy Giuliani and former Secretary of Commerce Wilbur Ross.

Kremlin halt on Finland and Sweden in NATO

“If Sweden and Finland join NATO we can forget about the non-nuclear Baltics”. These are the words on Telegram of the deputy chairman of Russia’s Security Council Dmitry Medvedev, quoted by the Tass news agency. “Russia will strengthen its western borders if the two countries join NATO; the length of the land border of the alliance with Russia will be more than doubled,” he added. Medvedev explained that “it will be necessary to seriously strengthen the group of ground troops and the air defense system and deploy substantial naval forces in the Gulf of Finland”.

Foreign Ministry spokesman: “NATO does not destabilize Asia or the world”

According to China NATO should “refrain from trying to destabilize Asia or the world in general”. So the spokesman of the Foreign Ministry Zhao Lijian to the declarations of the Secretary General of the Alliance Jens Stoltenberg. For the latter, Beijing poses “a systemic challenge” to the national security of “democracies”. China retorts, arguing that NATO should stop “spreading false and provocative remarks” and abandon “its confrontational approach of drawing lines based on ideology”.

The number of dead people is rising, 42. Rescue teams are in action along the eastern and southern coasts trying to get people to safety. At least 13,000 people have left their homes to take cover on higher ground or inland. This is the first seasonal storm to hit the Philippines; each year, on average, there are about 20 typhoons and tropical storms.

Accident on a cable car in the state of Jharkhand. One dead, three people seriously injured and 40 people stuck in ten cabins hanging from cables along the fixed line. The civil defense is providing food and water while waiting for the intervention of the military, which is supposed to use helicopters.

Shooting in New York, author arrested who will answer for terrorism Moments of panic last Tuesday in New York after a man shot in the subway at Sunset Park station in Brooklyn injuring about 25 people. Arrested 62-year-old Frank James, suspected of being the perpetrator of the shooting. James had already been arrested more than ten times in the 1990s and used to post violent statements online. He is currently facing terrorism charges.

The former President of the United States, Barack Obama, speaks out on the war in Ukraine for the first time: the recklessness of Vladimir Putin would never have been seen ten years ago. However, Obama stressed that “the danger has always been there”.

air Bolsonaro accuses Supreme Court Justice Edson Fachin of wanting to favor the election of his opponent Luiz Inacio Lula da Silva, a former leftist president. It is about the presidential elections on October 2. This aiding and abetting would find its basis in the annulment of convictions for corruption against the former president, actions that made him eligible again. “Incomprehensible” the choice of the judges according to the former army captain. Lula is still in the lead and Bolsonaro comments that if the election depended on Fachin, Lula would be the president of the Republic.