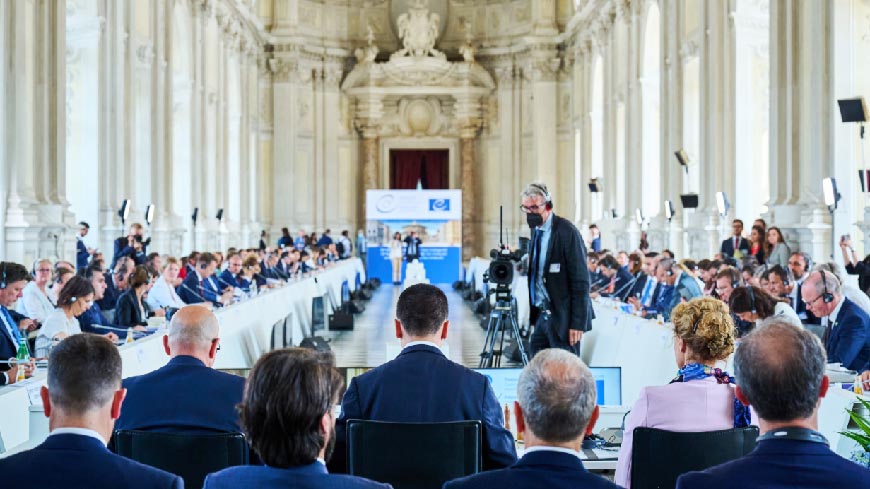 Condemnation of Russia, Council of Europe priorities and assistance to Ukraine: close of the Foreign Ministers’ meeting

(…)Reiterating their strong condemnation of all violations by Russia of human rights and international law, including attacks against civilians and civilian infrastructure in Ukraine and against cultural and religious heritage, the Ministers call on Russia to immediately cease its aggression, withdraw its occupation forces from the territory of Ukraine and release all abducted civilians, including those forcibly transferred to the territory of the Russian Federation.