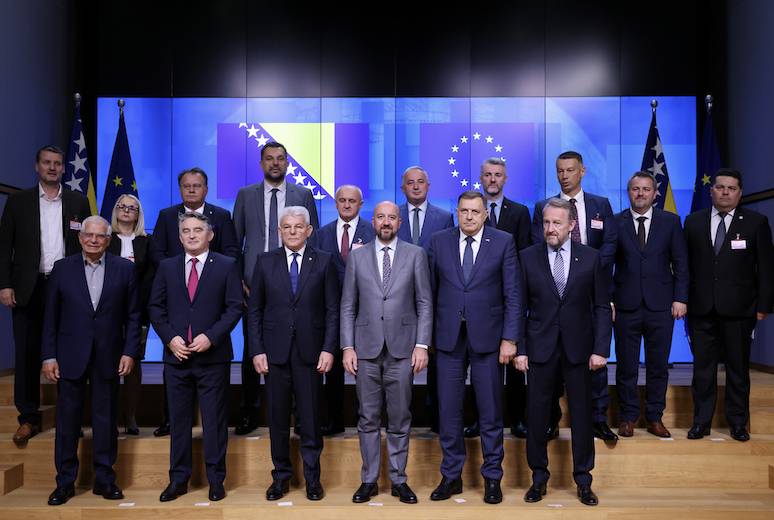 The political agreement between leaders of the political parties represented in the Parliamentary Assembly of Bosnia and Herzegovina was adopted on 12 June in Brussels. Among other things, it includes the commitment to uphold the principle of the rule of law and to conduct free and democratic elections, as well as to develop democratic institutions at all levels of government/authority as well as respect for the principles and values underpinning the European Union and democratic societies and the future of Bosnia and Herzegovina within the European Union.