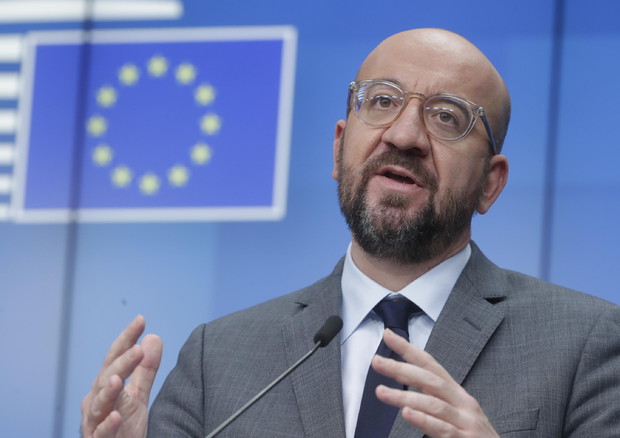 The European Parliament approved the report calling for the immediate granting of candidate status to Ukraine and Moldova with 529 in favour, 45 against and 14 abstentions. “In the context of Russia’s brutal war of aggression against Ukraine, such a choice would show leadership, determination and foresight,” say the MEPs but stress “that there is no fast-track procedure for EU membership” and that this remains “a structured and merit-based process”. “This is a decisive moment for the European Union, I am confident,” said European Council President Charles Michel as he arrived at the summit of EU heads of state.

The former political leader of the M5S described the decision to leave his party as ‘painful but an end to ambiguities’. The decision was made by Di Maio after ensuring that Draghi would get the yes to the resolution to support Ukraine. The minister’s intention now is to pursue his new political force ‘Italy for the Future’ (Ipf), currently consisting of 51 members, and ‘continue to support the Draghi government with loyalty and commitment’.

Scholz, OK for enlargement but together with EU reform

On Wednesday German Chancellor Scholz, despite his full support for Ukraine’s and Moldova’s EU candidacies and urging European leaders to speed up the accession process of the Western Balkans, said that enlargement policy must be linked to the overall reform of the European Union.

Macron, no ‘ultimatum to opposition’

French government spokesperson Olivia Grégoire assured that Macron had set “no 48-hour ultimatum to the opposition” to break the political deadlock following the presidential majority debacle in Sunday’s elections. He also ruled out any possible coalition between the Macronists, Rassemblement National (RN) or France Insoumise (LFI).

The country opted for a 5% reduction in VAT on electricity prices. A mitigation measure announced last Wednesday by Spanish Prime Minister Pedro Sánchez included in the new anti-crisis package to be approved by the government on Saturday 25 June.

A no-confidence vote led the Bulgarian parliament to overthrow the government of liberal Prime Minister Kiril Petkov, elected six months ago, leading the country into a new crisis. The next general elections are currently scheduled for autumn. These would be the fourth in just over a year.

In the last 24 hours, the Russian army has attacked 14 localities in the Donetsk region causing civilian deaths and injuries. This was reported by the national police on the social network Telegram. The Russians used anti-aircraft missile systems, artillery and tanks. According to the national news agency ‘Ukrinform’ about twenty-five civilian buildings were destroyed or damaged.

AFRICA AND THE MIDDLE EAST

During clashes in the east of the country between the army and rebels, 13 civilians were killed, including four children. This was stated by the UN. Tensions have been going on for months after the rebels accused the government of not respecting a 2009 agreement under which the army was to incorporate its fighters. Thousands of people have been forced to flee.

The Egyptian student protests yet another postponement of the trial, this time adjourned for 27 September. “We are in a cycle of postponements. It is not acceptable, I want to go back to my studies and I am starting to feel unfree. And this is totally unacceptable to me’: These are Patrick Zaki’s words to journalists in Mansura after the discovery of the new trial date for him.

“I am part of a small group of inmates, here called ‘units’, in an area completely isolated from the rest of the penal colony. A prison within a prison with an insane and unbearable regime.” Thus on Twitter Aleksej Navalny, who was recently transferred to the general prison in Melekhovo, in the same region where he was previously, after the new fraud conviction took effect.

Kremlin spokesman Dmitry Peskov said that “it will be possible to work out a plan for a peaceful solution to the conflict in Ukraine after Kiev meets all of Russia’s requirements.” Peskov also categorically denied rumours of a possible lifting of the state border between Russia and the Zaporizhzhia region in south-eastern Ukraine, which is partially under the control of Russian troops.

The country’s former leader Aung San Suu Kyi went from house arrest to solitary confinement in a prison in the capital Naypyidaw. This was stated by General Zaw Min Tun, one of the spokesmen of the military junta that seized power in Burma in a coup d’état on 1 February 2021. According to the spokesman, this was done ‘in accordance with criminal laws’.

Lavrov, meeting with Raisi in Tehran: “US polictics is selfish”

Russian Foreign Minister Serghei Lavrov met with the president of the Islamic republic Ebrahim Raisi in Tehran. “All countries that are negatively influenced by the selfish politics of the US and its satellite countries have an objective need to ‘reconfigure’ their economic ties in such a way that they are not dependent on the whims of our Western partners,” Lavrov said at the end of the meeting, according to the Guardian.

Biden made a request to Congress to suspend the gasoline tax for the next three months in order to help Americans cope with the price increase following Putin’s attack on Ukraine. This was announced by the White House in a memo.

OK in the Senate for arms squeeze

After the massacres in Uvalde and Buffalo, the Senate gave the go-ahead in a first vote to a tightening of gun control with 64 yes and 34 no votes. A final approval of the proposal is possible by Saturday, and then the measure will be forwarded to the House.

Satisfaction of Colombia’s newly elected President Gustavo Petro, the first left-wing leader to lead the country, after receiving a phone call from US President Joe Biden in recent days. Petro said on Twitter that they were ‘on the way to a more intense and normal diplomatic relationship’. A White House statement read how Biden is ‘looking forward to working with Petro to continue to strengthen bilateral cooperation, including on climate change, health security, and implementation of the 2016 peace agreement’.