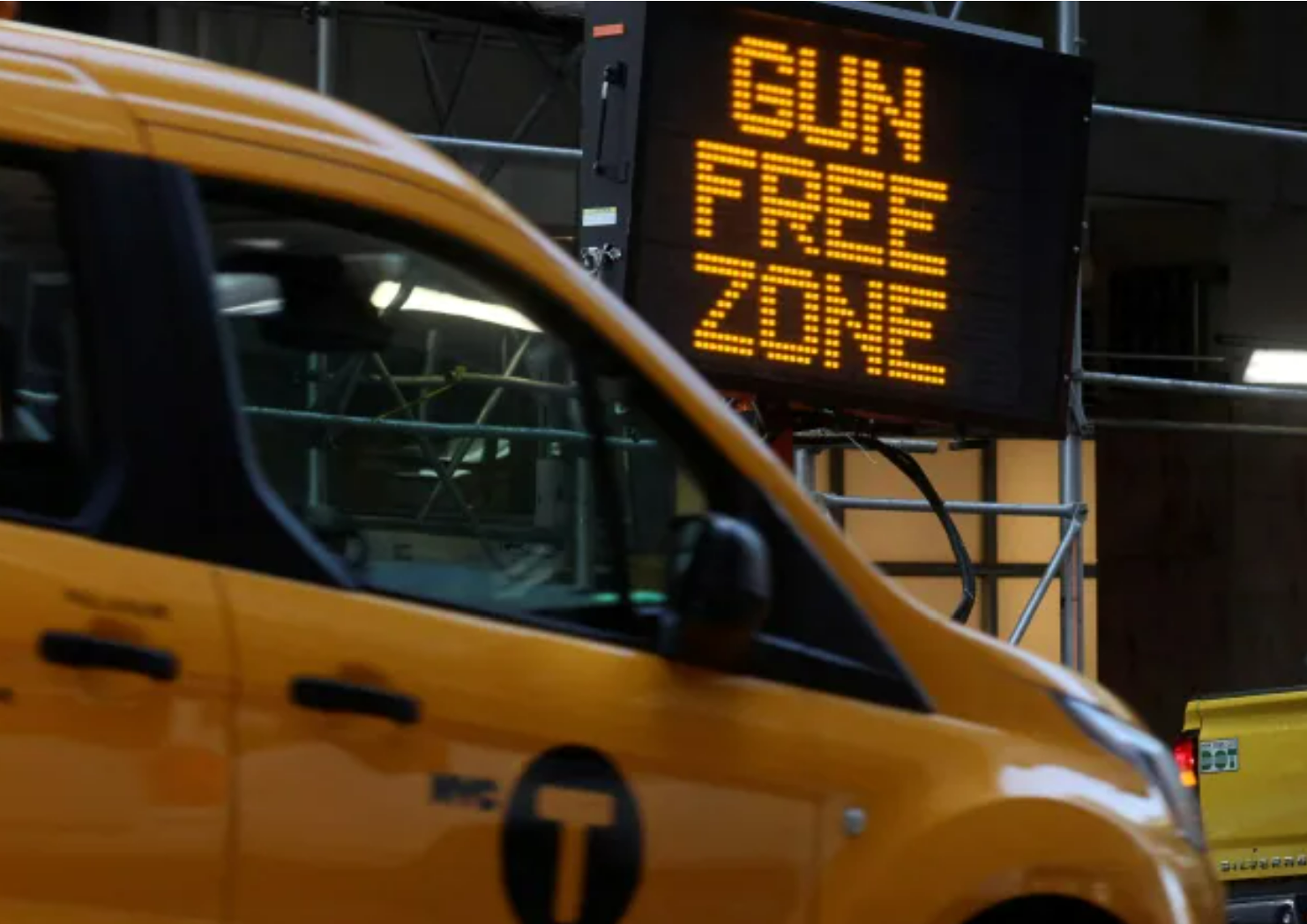 During an interview with the Guardian, Jonas Grimheden, the Fundamental Rights Officer of Frontex, reported the need to give greater attention to how the Greek authorities have been managing the influx of migrants and asylum seekers, who would apparently be deported from the country illegally. Human rights organisations that monitor the country’s activities will likely welcome this call in a positive way, however, Frontex has also been accused of similar misbehaviour concerning the handling of migrants.

One spokesperson for the European Commission has announced that the EU is working to tackle the energy prices crisis. The strategies the Commission intends to implement are mainly two: the first is the adoption of a mechanism aimed at fighting the energy prices increase, caused by the stop of Russian gas to the EU, and a set of reforms to restructure the Union’s energy market.

The Italian Minister of Finance has announced that negotiations will start with the association composed by Certares Management, Delta Airlines and Air France-KLM for the transfer of control of the airline company Ita S.p.A. Certares’ offer, the ministry says, is positively aligned with the goals set by the Dpcm for the privatisation of Ita.

The president of Confindustria Carlo Bonomi has addressed the current energy crisis by defining the issue of the stop of Russian gas to Italian companies as a “national security issue”. According to the head of Confindustria, the government should act in a quick and responsible manner, before the new government takes office. Bonomi states that the worst case scenario sees the complete halt of gas furnitures coming from Russia, which would create a hole of 4 billion cubic metres. This scenario could lead to serious repercussions for Italy’s industry, since he claims this crisis could shut down a fifth of the industry, therefore putting the income and employment of Italian families in jeopardy.

Germany and France against the stop of tourist visa for Russians

Germany, together with France, has released a statement to declare its opposition against the stop to issue visas for Russian tourists. According to the governments of the two countries this decision would be counterproductive, since it would make it harder for Russian students, artists and professionals to enter the EU. This could involuntarily strengthen the Russian narrative, with potential side-effects for the relations between the future generations of the countries involved.

The Spanish newspaper El Paìs carried out an investigation on cases of child abuse emerged within the Iberian church. The newspaper reports that at least 130 members of the Society of Jesus in Spain have been accused of committing abuses in a period of time that goes from 1927 to 2012. According to El Paìs, Jesuits represent 15,4% of religious figures involved in acts of child abuse and harassment. The number of victims is around 160 in total.

Buckingham Palace has confirmed that for the first time in her 70 years of reign, Queen Elizabeth II will meet with the new prime minister of the United Kingdom at Balmoral, which in everyone’s predictions should be the current Minister of Foreign Affairs Liz Truss, on the 6th of September. The Queen will formalise the nomination as PM of the newly elected leader of the conservative party, which will be announced the 5th of September.

IAEA announces permanent mission in Zaporizhzhia
According to Tass, IAEA Director General Rafael Grossi intends to set a permanent mission in Zaporizhzhia, where a team of the Agency’s inspectors is heading to spend a couple of days at the Ukrainian nuclear plant. It was previously announced that the delegation’s mission would only last until saturday.

Ceremony signs understanding between former rebels and the army
After five years of conflict and 400 thousand deaths, a ceremony seals the agreement signed last April by the forces loyal to president Salva Kirr and the former rebels. This understanding represents a key element of the peace agreement signed in 2018 and it will see the integration of more than 50.000 fighters into the South Sudanese army.

Alvaro Chikwamanga Daniel, Secretary General of the National Union for the Total Independence of Angola (UNITA), has stated that he will not recognise the results from the national electoral commission, which saw the long-ruling Movement for the Liberation of Angola (MPLA) win, albeit with a significantly smaller majority. UNITA is the largest opposition party in the country and it has expressed its intention of filing a claim against the commission in order to suspend the declaration of final results.

The NGO Democracy for the Arab World (DAWN), founded by Saudi journalist Jamal Khashoggi, has reported that a Saudi woman has received a sentence of 45 years for her posts on social media, which have been accused of “violating public order” and “tearing the social fabric” of the country. Nourah al-Qahtani’s case is similar to the sentence received a few weeks earlier by another Saudi woman, who has been sentenced to 34 years for spreading dissidents’ tweets.

Supporters of al Sadr retreat after days of clashes

After Iraqi leader Moqtada al-Sadr has announced his retirement from politics, hundreds of his followers have occupied the presidential palace inside the Green Zone of Baghdad. Several clashes have emerged between rival Shiite militias, with a toll of 27 killed and more than 400 wounded. After a request from al-Sadr to withdraw from the Green Zone, his supporters and the activists of the Sadrist movement retreated, and they cleared out the tent camp that was erected in front of parliament.

Because of maintenance works to be conducted on the only compression unit still active, Russian gas giant Gazprom has announced the suspension of gas supplies going to the European Union through the Nord Stream gas pipeline.

Former Secretary of the Communist Party of the Soviet Union, and former leader of the USSR, has died at 91 years old at the hospital where he was being treated. As the author of the glasnost and perestroika, Gorbachev’s policies of openness and reconstruction led towards the end of the Cold War, and in 1990 he received the Nobel Peace Prize.

After a first series of warning shots aimed at Chinese civilian drones in the Kinmen area, the Ministry of Defence of Taipei has reported that a new incursion, detected by the Kinmen Defence Command at 17.59 local time, has activated the Taiwanese armed forces response. After shooting real shots to eliminate the drone flying over the Taiwan-administered archipelago, the authorities have confirmed that the drone that had violated the island’s air space has been shot down.

The government in Beijing has once again put millions of citizens in lockdown in an attempt to contain the latest Covid-19 outbreaks. This has generated serious economic consequences for the industrial cities of Shenzhen, Guangzhou, Dalian, Chengdu and Shijiazhuang. In Guangzhou the beginning of lessons has been delayed for the students of kindergartens, elementary schools, middle schools and high schools, while teaching has been suspended where it had already started. Bus and metro lines services have also been reduced.

Based on a survey conducted by the Pew Research Center, CNN found that the majority of the Afro-American population thinks there has been no significant change concerning the issue of racism in the country. According to the data, two thirds of afro americans state that there has been no improvement in their circumstances, despite the greater attention the issue has received in recent years. Instead, they feel that the problem of racism is still largely present in the United States.

Times Square becomes a “Gun Free Zone”
CNN reports that from the first of September, New York’s notorious Times Square will be designated as a “gun free zone” following a new federal law that limits the public places in which it is legally possible to bring firearms. The law outlines “sensitive” and at-risk areas, that often corresponds to high-density tourist areas like Times Square, which attracts about 360,000 people a day.

Haitian protest against their prime minister in Port-au-Prince

Numerous protesters have taken the streets of Haiti’s capital city Port-au-Prince asking for the resignation of prime minister Ariel Henry. The protests, which resulted in clashes with the police and many episodes of violence, stem from the grave economic crisis that is hitting the country. In Haiti, Inflation is at 29% and the price of rice has quadrupled over the last year.

‘Man of the Hole’, last of his tribe, dies in Brazil

The last member of an indigenous tribe living in the Amazon rainforest has died in solitude in the Rondônia state, near the Bolivian border. The man never had any contact with the outside world and he was considered a symbol of the indigenous genocide. Some think that the majority of his tribe was exterminated by some cattle breeders back in the Seventies, and the six remaining members of his tribes were killed during an attack of illegal miners in the Nineties.

Two journalists killed in an attack in northern Colombia

Local police has reported that two gunmen on a motorbike have killed two journalists by gunshot in the northern part of Colombia. Leiner Montero Ortega, 37 years old, and Dilia Contreras Cantillo, 39 years old, were two journalists working for the website Sol Digital. They were killed while getting back from working on a popular festival in the Colombian Caribbeans. Last year, 768 journalists experienced similar acts of violence in Colombia, making the Latin American country the third deadliest country for journalists, following Venezuela and Mexico.