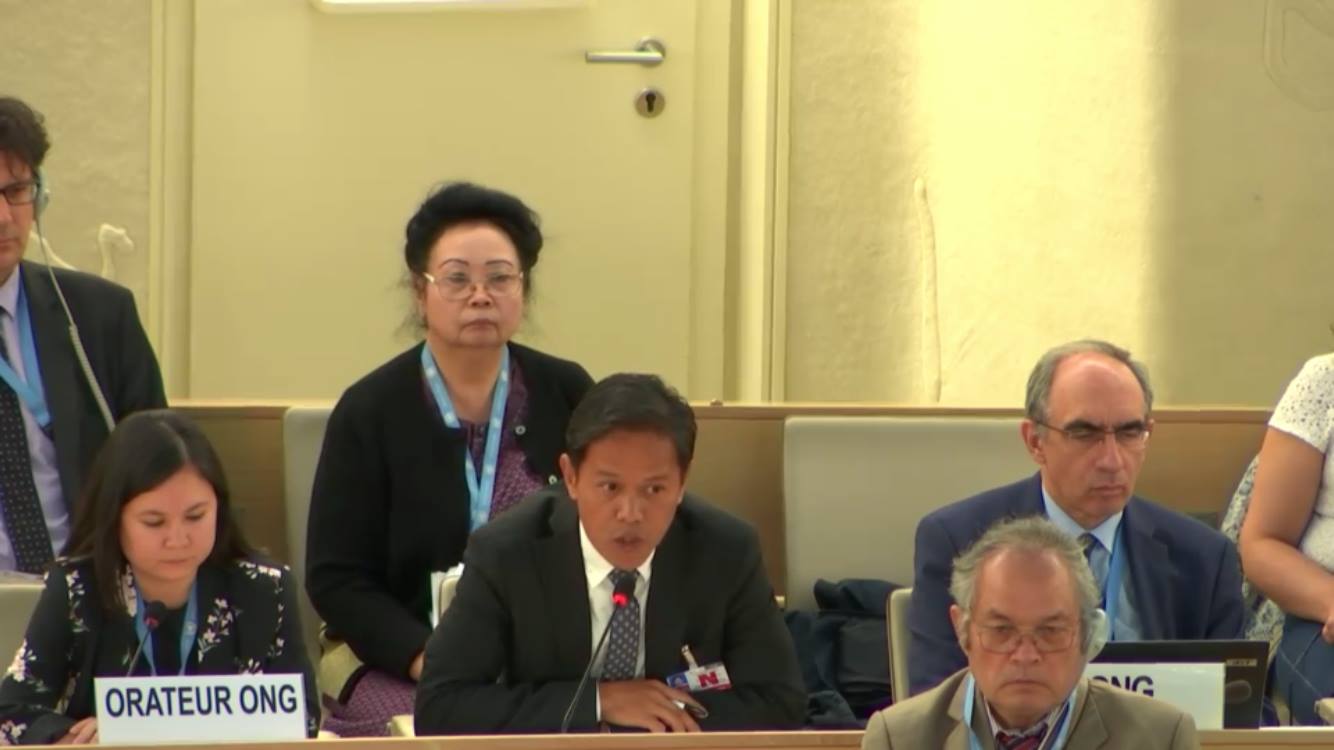 Nonviolent Radical Party at the UN for democracy in Cambodia

29 July 2018 marked the death of democracy in Cambodia – a new dark day of its history. It was to be a celebration of democracy where people would have exercised their right to choose their own government. Unfortunately, that choice had already been made for them before polls opened.

The ruling party moved ahead with a sham elections in full breach of the Cambodian Constitution and the international commitments/obligations of the country. Subsequently, what was left of a democracy in name only has been replaced with an outright dictatorship.

The ban of the opposition and imprisonment of its leader, the shutdown of independent media and civil society, and threats on activists had made this election unacceptable before it even began.

29 July will be remembered as the day when the constitutional multi-party democracy was replaced illegally and the unconstitutionally by a one-party rule where the basic principles of the Paris Peace Agreements of 1991 which define the political system of the country have been blatantly breached thus invoking regional security crisis.

In view of the unilateral abrogation of the Cambodia regime from the Paris Peace Agreements, we call on the Co-Presidents of the Paris Conference, Indonesia and France, to invoke article 29* of the Agreements which calls for immediate convocation of the Conference.

Thank you Mister President for your attention.

* Article 29 of the Paris Peace Agreements of 1991 – Agreement on a comprehensive political settlement of the Cambodian conflict: without prejudice to the prerogatives of he Security Council of the United Nations, and upon request of the Secretary-General, the two Co-Chairmen of the Paris Conference on Cambodia, in the event of a violation or threat of violation of this agreement, will immediately undertake appropriate consultations, including with members of the Paris Conference on Cambodia, with a view to taking appropriate steps to ensure respect for these commitments.