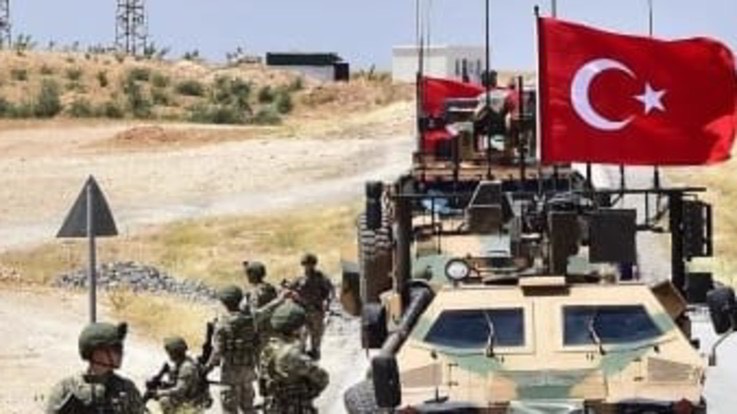 11 October 2019 – On the third day of Turkey’s Operation Peace Spring against the SDF forces in Northern Syria, the numbers speak for themselves: at least 342 SDF soldiers, 4 allied soldiers, 1 Turkish soldier, and at least 15 civilians on both sides have already lost their lives. Various sources, among which the UN, estimate 100.000 people have already fled their homes in the region and the operation has led to the closure of some of the area’s main hospitals. In Turkey, Interior Minister Suleyman Soylu said 121 people are in custody for expressing critical opinions on the military operation on social media, while nearly 500 people are under investigation for “insulting” Turkey as an “invading” country.

It is clear the global disorder and the lack of a wide affirmation of the international rule of law in accordance with international human rights is once again leading to yet another people’s massacre, with an international community fundamentally condemned to stand by and watch.

We hope the sanctions announced by a bipartisan coalition at the US Congress will be adopted as soon as possible, and that the various appeals launched by the EU’s Member States will lead to a strong and common position sooner rather than later.

However, we need to recall how these current events were not only predictable – and we regret to see the abandonment of an allied people against a common enemy remains customary practice, as for example our old friends the Montagnards of Vietnam know all too well -, but also and above all the result of a lack of vision and political action by the European Union in particular.

A European Union today not able to take a timely common positions in terms of foreign and defense policy, while Turkey represents NATO’s second military force with about 800,000 military personnel and a military budget of $19 billions in 2018; an EU that for reasons of political myopia has neglected and abandoned the table of accession negotiations with a willing Turkey, refusing in particular to open the discussion on human rights; and a European Union that for reasons of its Member States finds itself blackmailed today by Turkey re the question of migration.

The Nonviolent Radical Party reiterates its convinced campaign for the United States of Europe and reaffirms its appeal for Turkey in the European Union.